Right near the Experimental Farm in Carlington, is Ottawa’s first Net-Zero home development project by RND Construction. In this new development, nine homes were built (3 singles, 6 semis) above and beyond the code for homes in Canada, making them extremely energy-efficient, environmentally friendly, and Net-Zero ready. The addition of solar panels will make them true Net-Zero. 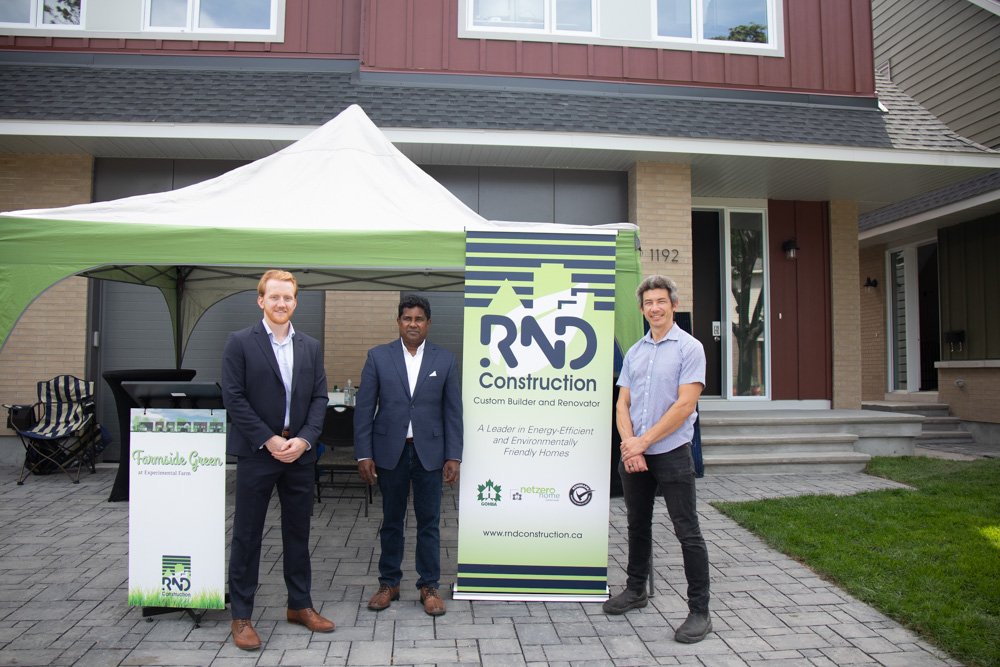 Not only are these homes built far more efficiently than traditional homes, but they were also constructed with the environmental impact in mind. Before these homes were built, nothing sat here but an empty lot, when construction began only a handful of dead trees were cut down for the homes to be built, the rest were saved and maintained, providing some very nice shading for these new homes in the front and backyards.

The grand opening of this development was joined by Mayor Jim Watson speaking about how this kind of development will not be the last, and that there are several more on the way in Ottawa, and that the need for solar and Net-Zero homes in Ottawa is more important now more than ever.

Homesol was RND’s Net-Zero Energy Advisors for this project. Homesol consulted RND throughout the construction process making sure that efficiency targets were being met for the labels and certifications. 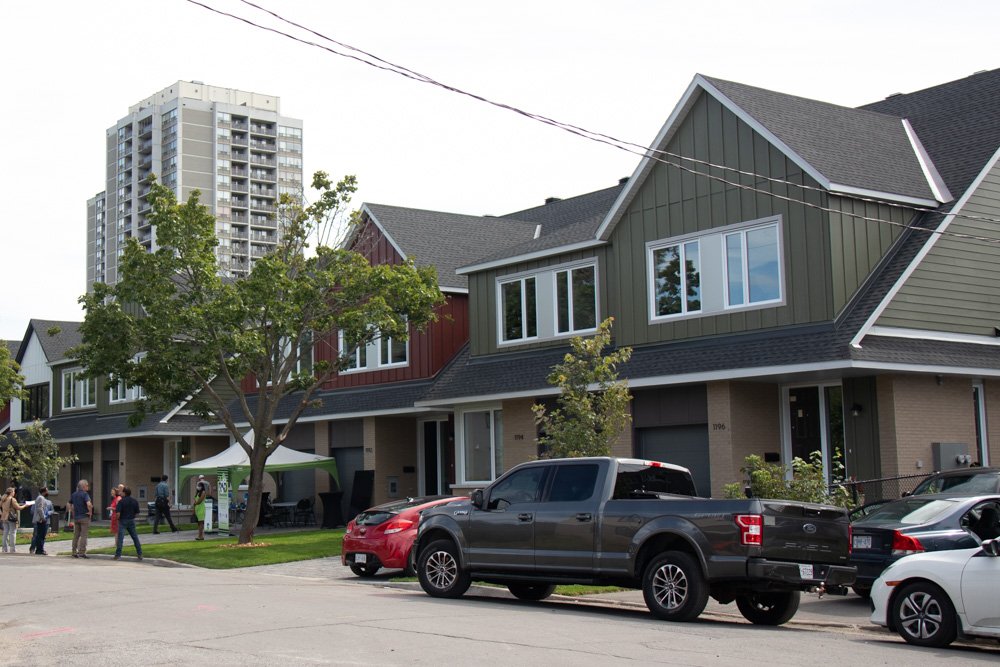 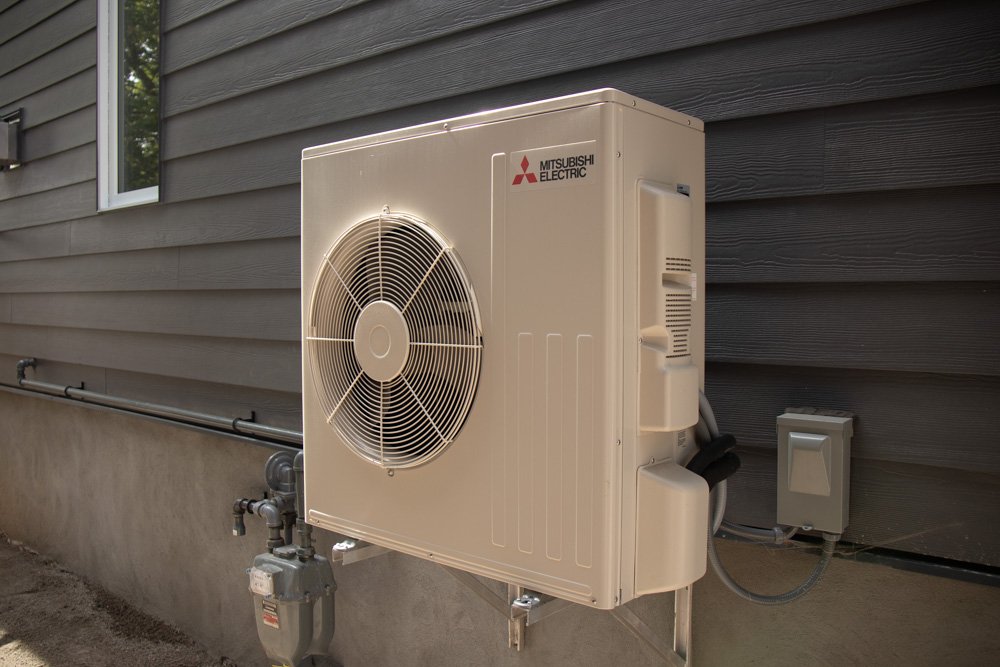 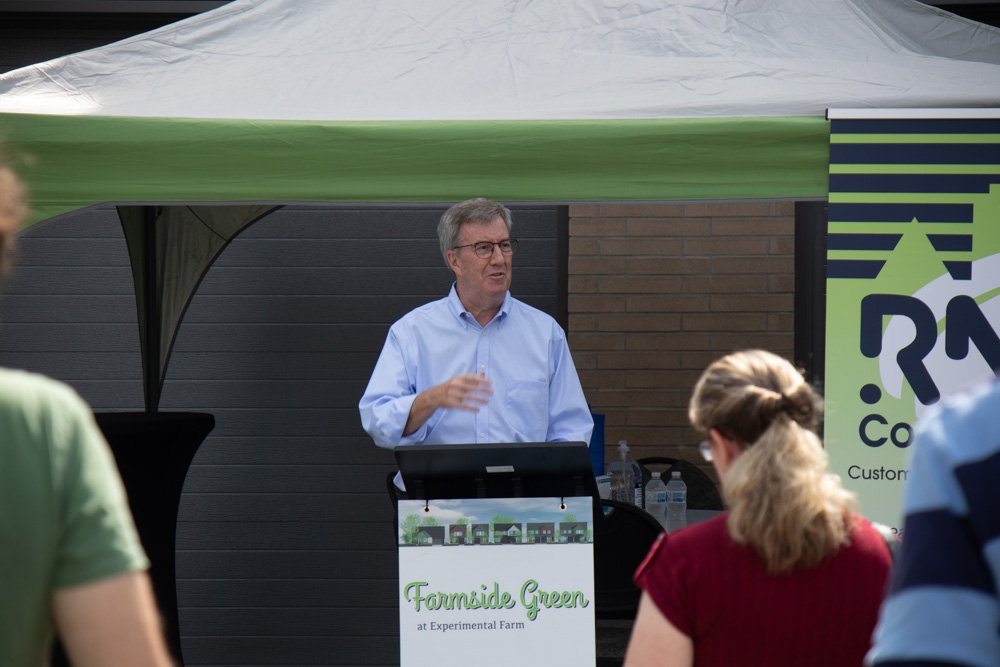 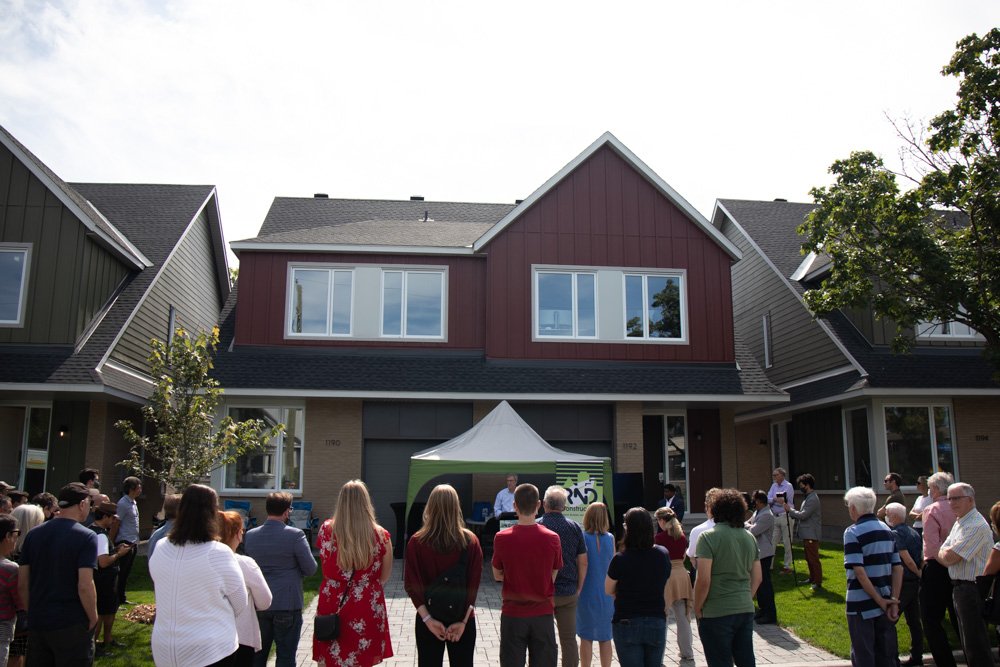 Homesol on The Building Science Podcast